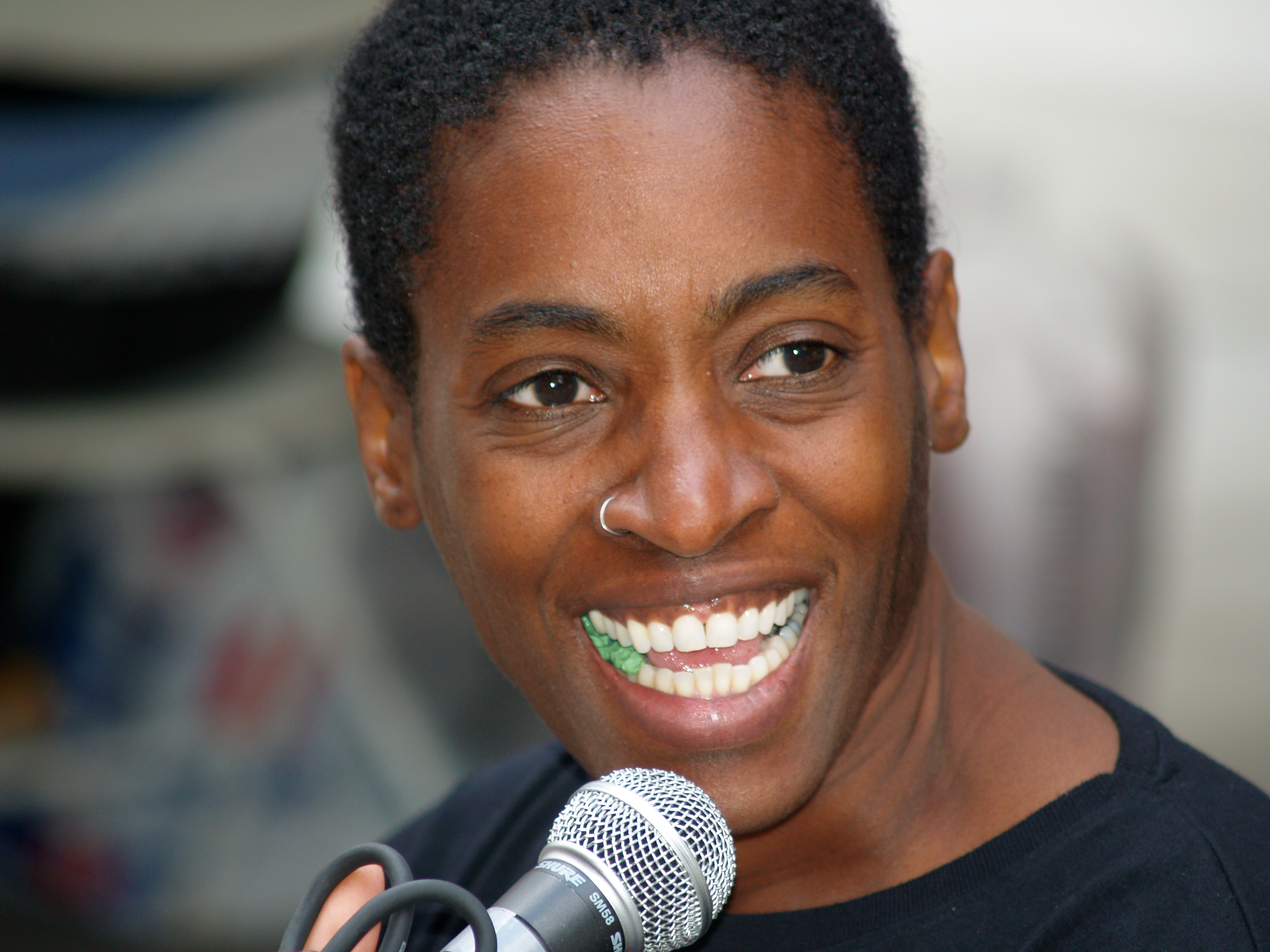 Jacqueline Woodson (born February 12, 1963) is an American writer of books for children and adolescents. She is best known for Miracle's Boys, and her Newbery Honor-winning titles Brown Girl Dreaming, After Tupac and D Foster, Feathers, and Show Way. After serving as the Young People's Poet Laureate from 2015 to 2017, she was named the National Ambassador for Young People's Literature, by the Library of Congress, for 2018–19. She was named a MacArthur Fellow in 2020.

Sometimes you do have to laugh to keep from crying. And sometimes the world feels all right and good and kind of like itâs becoming nice again around you. And you realize it, and realize how happy you are in it, and you just gotta laugh.

Sometimes it seems as though not a moment has moved, but then you look up and you're already old or you already have a household of kids or you look down and see your feet are miles and miles away from the rest of youâand you realize you've grown up.

—Jacqueline Woodson in Between Madison and Palmetto

Tags:
time age growing up kids
Permalink for this quote

Seems like every time life starts straightening itself out, something's gotta go and happen.

I'm always wondering if he'll return. Sometimes I pray that he doesn't. And sometimes I hope he will. I wish on falling stars and eyelashes.

Sometimes you have to try to forget people you love just so you can keep living.

—Jacqueline Woodson in Between Madison and Palmetto

Jacqueline Woodson has the following books quoted on Quodid: