Never mind what a man says; watch what he does.

—Sherry Thomas in Ravishing the Heiress 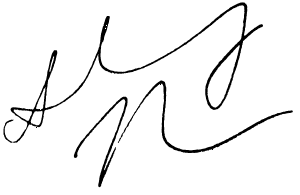 Sherry M. Thomas (born 1975) is an American novelist of young adult fantasy, historical romance, and contemporary romance. She has won multiple awards including the Romance Writers of America RITA Award for Best Historical Romance for Not Quite a Husband in 2010 and His at Night in 2011. Most best-of-romance lists include one of her titles.In an article in The New York Times, romance author Sarah MacLean stated Thomas is known for her "lush style," and in USA Today romance author Madeline Hunter said she is "critically acclaimed as one of historical romance's best writers."A native of China, Thomas emigrated to the United States at thirteen and learned English reading romance novels. She published her first novel in 2008, English-set Victorian romances, and in 2013, she branched into young adult fantasy. In 2014, she diverged from her traditional historical settings to publish a series set in Imperial China. Common themes in her work include unrequited love, love betrayal, and fate.

You may find more from Sherry Thomas on Wikiquote