We forfeit three-fourths of ourselves in order to be like other people.

Tags:
self identify conformity
Permalink for this quote 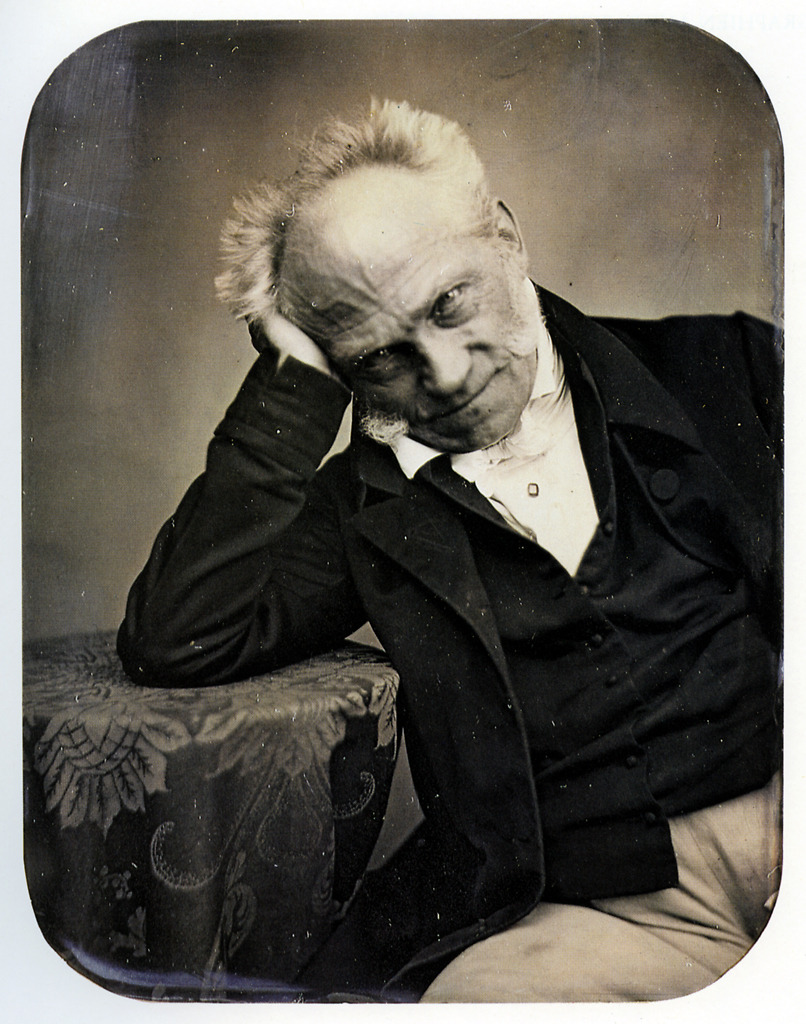 Arthur Schopenhauer ( SHOH-pÉn-how-Ér, German: [ËaÊtÊÊ ËÊoËpnÌ©haÊÉ] (listen); 22 February 1788 – 21 September 1860) was a German philosopher. He is best known for his 1818 work The World as Will and Representation (expanded in 1844), which characterizes the phenomenal world as the product of a blind noumenal will. Building on the transcendental idealism of Immanuel Kant, Schopenhauer developed an atheistic metaphysical and ethical system that rejected the contemporaneous ideas of German idealism. He was among the first thinkers in Western philosophy to share and affirm significant tenets of Indian philosophy, such as asceticism, denial of the self, and the notion of the world-as-appearance. His work has been described as an exemplary manifestation of philosophical pessimism.Though his work failed to garner substantial attention during his lifetime, Schopenhauer had a posthumous impact across various disciplines, including philosophy, literature, and science. His writing on aesthetics, morality, and psychology have influenced many thinkers and artists. Those who have cited his influence include philosophers Emil Cioran, Friedrich Nietzsche and Ludwig Wittgenstein, scientists Erwin Schrödinger and Albert Einstein, psychoanalysts Sigmund Freud and Carl Jung, writers Leo Tolstoy, Herman Melville, Thomas Mann, Hermann Hesse, Machado de Assis, Jorge Luis Borges, Marcel Proust, and Samuel Beckett and composers Richard Wagner, Johannes Brahms, Arnold Schoenberg and Gustav Mahler.

You may find more from Arthur Schopenhauer on Wikiquote

Every nation ridicules other nations, and all are right.

If we were not all so interested in ourselves, life would be so uninteresting that none of us would be able to endure it.

It is a clear gain to sacrifice pleasure in order to avoid pain.

As an individual, with your death there will be an end of you. But your individuality is not your true and final being, indeed it is rather the mere expression of it, . . . only the phenomenon presented in the form of time, and accordingly has both a beginning and an end. Your being in itself, on the contrary, knows neither time, nor beginning, nor end, nor the limits of a given individuality. . . . So that, in the first sense, after death you become nothing; in the second, you are and remain everything.

Treat a work of art like a prince. Let it speak to you first.

For most men life is a search for the proper manila envelope in which to get themselves filed.

Tags:
freedom conformity fitting in
Permalink for this quote

Sometimes you have to steer away from the crowd in order to be a better person.

Why do you have to be a nonconformist like everybody else?

The reward for conformity was that everyone liked you except yourself.