A society that gives to one class all the opportunities for leisure and to another all the burdens of work condemns both classes to spiritual sterility. 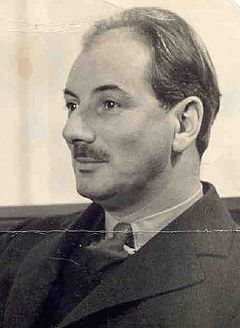 Lewis Mumford (October 19, 1895 – January 26, 1990) was an American historian, sociologist, philosopher of technology, and literary critic. Particularly noted for his study of cities and urban architecture, he had a broad career as a writer. Mumford made signal contributions to social philosophy, American literary and cultural history and the history of technology. He was influenced by the work of Scottish theorist Sir Patrick Geddes and worked closely with his associate the British sociologist Victor Branford. Mumford was also a contemporary and friend of Frank Lloyd Wright, Clarence Stein, Frederic Osborn, Edmund N. Bacon, and Vannevar Bush.

You may find more from Lewis Mumford on Wikiquote

A certain amount of opposition is a great help to a man. Kites rise against, not with, the wind.

To curb the machine and limit art to handicraft is a denial of opportunity.

Tags:
opportunity
Permalink for this quote

Western society has accepted as unquestionable a technological imperative that is quite as arbitrary as the most primitive taboo: not merely the duty to foster invention and constantly to create technological novelties, but equally the duty to surrender to these novelties unconditionally, just because they are oï¬ered, without respect to their human consequences.

Our national flower is the concrete cloverleaf.

During my second year of nursing school, our professor gave us a quiz. I breezed through the questions until I read the last one: "What is the first name of the woman who cleans the school?" Surely this was a joke. I had seen the cleaning woman several times, but how would I know her name? I handed in my paper, leaving the last question blank. Before the class ended, one student asked if the last question would count toward our grade. "Absolutely," the professor said. "In your careers, you will meet many people. All are significant. They deserve your attention and care, even if all you do is smile and say hello." I've never forgotten that lesson. I also learned her name was Dorothy.

Throughout recorded time . . . there have been three kinds of people in the world, the High, the Middle, and the Low. They have been subdivided in many ways, they have borne countless different names, and their relative numbers, as well as their attitude towards one another, have varied from age to age: but the essential structure of society has never altered. Even after enormous upheavals and seemingly irrevocable changes, the same pattern has always reasserted itself, just as a gyroscope will always return to equilibrium, however far it is pushed one way or the other. The aims of these three groups are entirely irreconcilable.

The trouble is that rich people, well-to-do people, very often don't really know who the poor are; and that is why we can forgive them, for knowledge can only lead to love, and love to service. And so, if they are not touched by the poor, it's because they do not know them.

Terrorism is the war of the poor, and war is the terrorism of the rich.